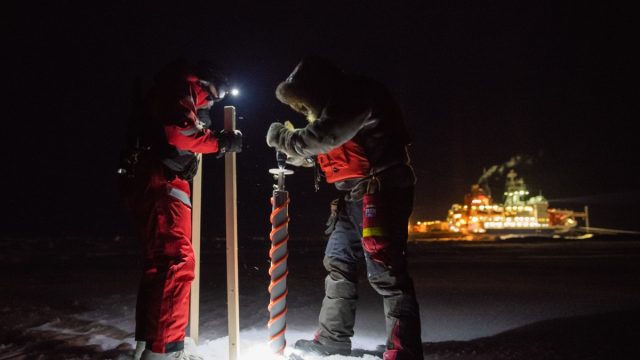 We’ve set up near the Fortress for stability, but I’ve often thought that there will be a potential break zone along the edge of the Fortress where there is a transition of ice types….. right where we have established our measurements, jutting out of the Fortress into the thinner ice of the new Arctic. And… Read More 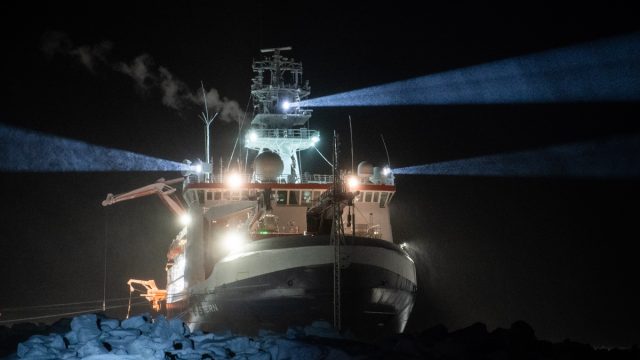 Time is such an odd concept out here. The sun is long gone; now we have at most only a sliver of lighter skies on the far horizon framing extensive darkness in all directions. No real reference for daily time….. the food schedule onboard providing the only framework. And the days themselves blur together. Same… Read More 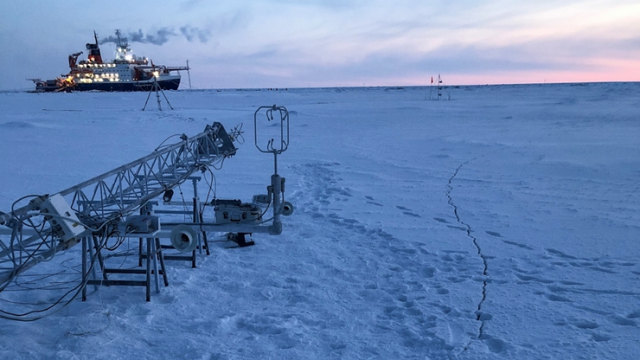 Some people from the media team called it “the most professional operation they’ve seen so far” out here. Maybe it was the team safety meeting just before, or all of the careful planning over many days leading up to now.But now we have a met tower standing proudly out at Met City. All systems go,… Read More 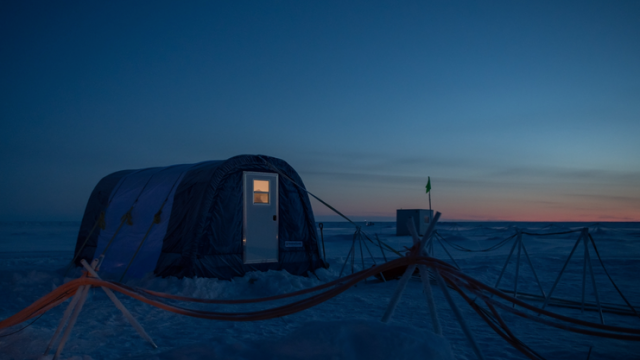 We’ve been doing a lot of detail work on our met tower, final checks before we raise it. Little nuts and bolts, setting anchors into the ice, taping up cable connectors….. all of these things require some level of fine motor skills. Thin gloves are sometimes useful, but often when it comes down to it,… Read More

It has been windy out lately. And the thing about wind is that it gets us moving. The ice has been trucking along quickly to the north, and with the recent drift we have finally moved north of our original installation position and are now on our way towards the North Pole. For a while… Read More

In our daily all-hands meeting last night I was on autopilot. In my mind it was time for an ATMOS team meeting to check in on installations, achievements, and needs. So I scheduled this for 8:45, right after the routine 8:30 check-in for daily activity schedules. But then it dawned on me….. “I’m probably driving… Read More 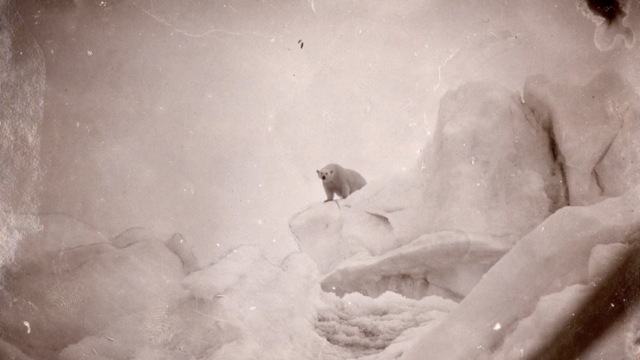 My day started out as a “bear guard.” And I really view it as guarding the bears. Of course I want to protect the people as well, but we really do have the advantage. It is certainly best for the bears if they don’t come here and/or if we are able to identify them very… Read More

We now finally have a fully functional met tower, albeit still laying on its side. We sorted out a number of small issues with different instruments, but now we are looking good. And now we wait for a couple days as the sensors collect an intercomparison data set with all instruments at about the same… Read More 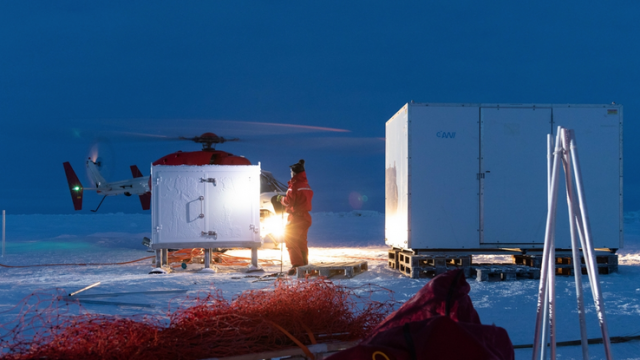 Crack by our tower widened today, but things are still stable. It’s up to 1m in places. The rest of the area went through a major shift. Satellite maps show a large region of shear and that shear basically ripped our flow in half just outside the outer wall of the Fortress. Fortunately, the ship… Read More 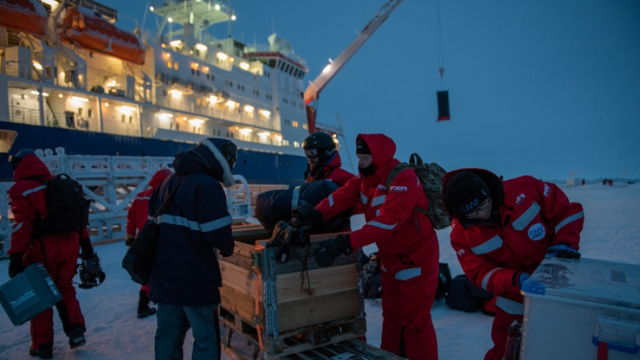 Progress at Met City has been good in these last few days. The ATMOS team has been in a groove, getting many things finished for the people that will be leaving tomorrow with the AkademicFederov to go home. Our met tower is mostly functional, although still laid down on its side. The whole installation is… Read More

MOSAiC: Multidisciplinary Drifting Observing for the Study of Arctic Climate.

An entire year frozen into the Arctic Ocean. 600 people from 17 countries. The largest Arctic climate expedition ever…  In September 2019 the German research icebreaker Polarstern froze into a chunk of sea ice and is drifting with it (mostly) until October. Scientists aboard are scrutinizing the interactions of ocean, ice and atmosphere, making their data accessible to colleagues around the world and taking climate and ecosystem research to the next level. The mission is spearheaded by the Alfred Wegener Institute (AWI) in Germany, and U.S. participation is funded largely by the National Science Foundation and Department of Energy. This blog features updates from leg 4 (May-August), contributed by CIRES and CU Boulder experts including Jonathan Hamilton, a PhD student in aerospace engineering; Lianna Nixon, a photographer/videographer and PhD student in education; and Matthew Shupe, co-coordinator of the mission and a CIRES/NOAA atmospheric scientists. Earlier posts from leg 1 by Matthew; his work is also published on AGU’s The Field blog. Read more from other participants here. Banner image is by John Cassano, CIRES/CU Boulder.