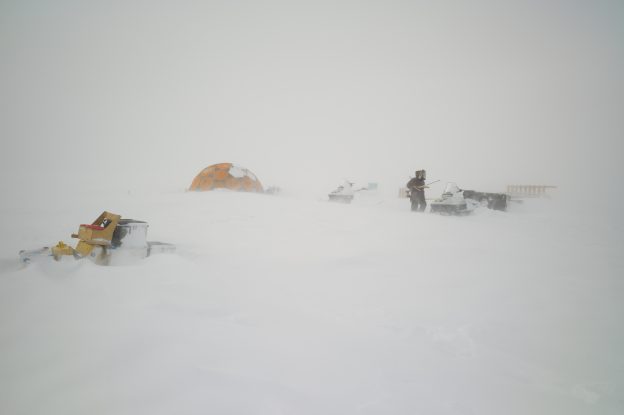 News from the Greenland Ice Sheet reveals that the storm has cleared overnight and after about 12″ of fresh snow, the camp is buried in 3′-4′ snow drifts.  Once they dig themselves out, the ACT-15 team is traversing to Saddle Camp today after having to wait out the storm for the past two days at… Read More

Text received from Mike’s sat phone yesterday @ 8:15AM MDT: “Katabatic winds kicked up last night. Stranded at Dye2 til weather clears. Hunkered down, team doing well.” Don’t forget to track the ACT-15 team on the Ice Sheet!  To display the trackers (BC19 and BC35) go to:    http://datatransport.org/trackers/group/ACT-15  … Read More