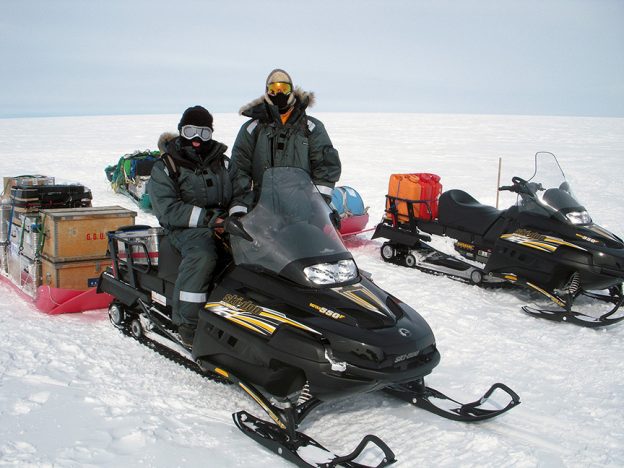 After several flight delays to the Ice Sheet, I was notified by team lead Mike MacFerrin via satellite communication, that the crew finally landed safely yesterday morning at Camp Raven, also known as Dye-2. However, not long after arrival, a problem was discovered: there was a leak in one of the fuel barrels; fortunately the hole was… Read More

This short film was produced by CU graduate student, Barbara MacFerrin, as a final project for a Climate Change and Film class.  It was one of 12 released during last night’s Film Fest, which received an Honorable Mention. Climate Change and Film is one of a two-course series offered at the University of Colorado, which… Read More

The first GEUS (Geological Survey of Denmark and Greenland) published article: “Observed melt-season snowpack evolution on the Greenland ice sheet“ regarding the 2012 extreme melt season, is now available online! In this small study, scientists are analyzing and interpreting “Snow Processes in the Lower Accumulation Zone” during the 2012 field campaign in Greenland.  Authors are Charalampos (Babis) Charalampidis and Dirk… Read More

by Achim Heilig The elevation at KAN-U is the is the lowest of all the sites we visited on the ice sheet at 1840 m asl (6037 ft asl),  which consequently experiences the largest amount of melt.  The ~3-hour, 65km (40 mi) traverse to KAN_U was a relatively smooth journey.  Due to strong katabatic winds that morning, we… Read More