The weather lived up to expectations today — windy and cold. Winds have been 20–40 mph all day, and while the weather is a bit warmer (above zero!), the winds are unfavorable for the smaller planes we have with us on this trip. We had some more pre-flight checks to execute and set out this… Read More

Today was slated as a preparation day, and we did our best to get everything ready to go. At the start of the campaign, there are a variety of things that need to be done — some of them daily, others only once or twice — to ensure that we get good quality measurements. For example, we have one… Read More

We left Anchorage early this morning and had an uneventful flight up to Prudhoe Bay. Unfortunately, clouds obscured our views — I had specifically chosen a seat on the left side of the plane in order to try to get a view of Denali, but no such luck… Alaska Airlines operates 737–400 “combi” aircraft,… Read More

This morning our team departed for Alaska. For some reason, these trips to Oliktok Point always start out on an unpredictably stressful note. When departing for the first trip in October 2014, I misread the RTD SkyRide AB (airport bus) schedule and ended up having to sheepishly call my family at 6:30 in the morning… Read More

Gearing up… With our departure for the North Slope of Alaska only a day and a half away, things are getting real very quickly. Seeing the temperatures (currently -18 F, up from a much more intimidating -31 F earlier this morning) and winds (10–20 mph) makes me appreciate the “cold” 40 degree weather we’re experiencing… Read More 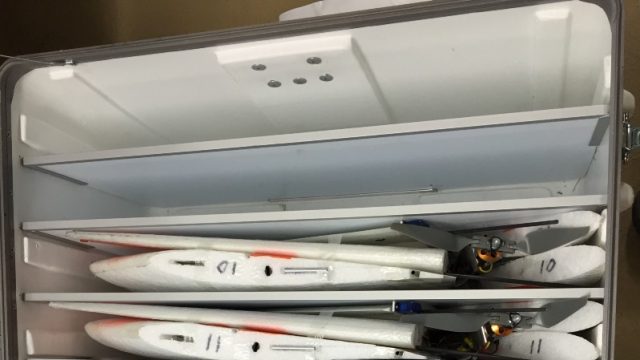 Checklists for your checklists… Preparations are well underway for our upcoming deployment to Oliktok Point, Alaska. I have to say that this particular campaign has really taken things up a notch in terms of preparations. Not only are we bringing a larger airplane (which requires a larger crate, a larger truck, a larger cargo aircraft… Read More

Gijs de Boer March 9, 2016 I will be working with a team of University of Colorado Boulder researchers and students at Oliktok Point, Alaska from April 2 to April 16 to deploy two unmanned aircraft, the CU Pilatus and the CU DataHawk 2. We developed these aircraft and instrumented them in collaboration with the… Read More