Hello, Jackson Osborn here again. We made it back from the Arctic in one piece. We held out for ideal flying weather but unfortunately the inclement weather decided to hold out longer. I made the journey back to Colorado on October 22nd and Janet Intrieri (NOAA) decided to stay in Kaparuk for a few more… Read More

Hello, Jackson Osborn here. I am an Associate Scientist for CIRES, my background is in Electrical Engineering. I am here to support the deployment of the MiniFlux system and fix/troubleshoot it when things don’t go right, which we are hoping for the opposite. As Gijs alluded to in an earlier post, this is my… Read More

Gijs filled you in on the mission flight from earlier in the week. I’m posting a few more images from that day below. We collected a lot of great data! It was very exciting to see MiniFLux in action and very satisfying to have a successful mission completed. A lot of factors – especially weather… Read More

After a couple of weeks of uncertainty, today was a very exciting day. Weather yesterday and today was good… Really good… Generally, clear skies and lighter winds, with some more cloud cover today (but at high altitude). Having had the teams in place and waiting for the winds to die down for over a week,… Read More

Ok, so I might have forgotten to introduce myself in my first post… I’m Chris Cox, a research scientist in CIRES. I study the physical processes that exchange energy between the atmosphere and Arctic cryosphere – basically, I try to understand how the atmosphere controls melting and freezing of snow and ice. The SeaHunter/miniFlux contribution… Read More

It has been a while since we last posted, so let me fill you in. Where Gijs left off, POPEYE was under way at Oliktok and SODA flight team was working on permissions to fly the SeaHunter aircraft between the Kuparuk airport and the off-shore warning area where SeaHunter is cleared for flight operations. The… Read More

On Monday we conducted a fantastic series of profiles using the helikite. The conditions were slightly windy but flyable, and so Dari, Casey and I took the smaller of the two tethered balloons out to the runway to get as many measurements as possible. We were just getting the equipment out to the runway when… Read More

If there is one thing I have learned in my field work, it is that things don’t always go according to plan. In fact, things rarely go according to plan. This trip is no different… We were supposed to start flying the larger unmanned aircraft platform (SeaHunter) for science missions starting yesterday. Unfortunately, we are… Read More

For the first time in nearly two years I’m back at the Oliktok Point observational site. In many ways, not much has changed – the oilfield is as busy as ever, and other than a few instruments having moved away from the facility, the site looks more or less the same. A bit of background… Read More

Well, it’s been an interesting couple of days in Anchorage. Observant followers may be wondering why I am still in Anchorage instead of up on the north slope. Unfortunately, there has been a delay in our SeaHunter flights. This delay is connected to waiting for the last flight permissions to fall into place. I have… Read More 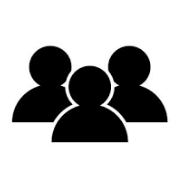 CIRES’ Gijs de Boer, Chris Cox, Jackson Osborne and  their NOAA and ARM colleagues, are on Alaska’s North Slope for a few weeks in September and October 2018. As part of the World Meteorological Organization’s and the World Climate Research Programme’s Year of Polar Prediction (YOPP), the researchers are using unmanned aircraft and tethered balloons to observe and model the Arctic lower atmosphere at the DOE Oliktok Point site. They’re also teaming up with the University of Alaska Fairbanks and partners to take UAS measurements over the Arctic Ocean to better understand how wind influences ocean mixing. Why POPEYE and SODA? “Profiling at Oliktok Point to Enhance YOPP Experiments” and “Stratified Ocean Dynamics of the Arctic.”